Below, is how Trulia [Real Estate] reports schools in Guilford County. It's your money... where is it going???? 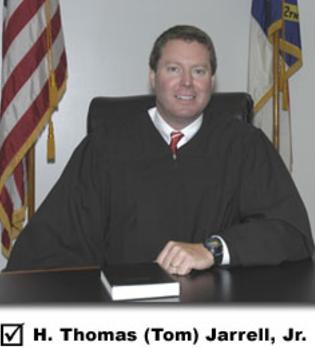 Working Hard[ly] For You

'Influencing' his colleagues about the 'traditions' of justice in Guilford County, NC.

Take charge of your community...

Bookmark this site and come back... I have much to report. Find out the truth, then do something about it. Challenge authority! It's your constitutional right!

​Read one US Citizen's report, based on 10 years analysis and observation on incompetency and discrimination in Guilford County, North Carolina

“I was out of my jurisdiction, so I never at any time thought I was acting as a judge,” ​

what do YOU think?​

Appealing to Americans to  Wake  Up! Become Informed of the Truth!

If not for you, do it for your children... WE have the power to the cure the cancer that has embraced the core of Guilford County once and for all! Enough is Enough! Times are a changin'... embrace it.

Remember! It all begins with the law!!!

Read about County Schools... get sick!

Your children are NOT prepared for the 21st Century!!!

First order of business...This is H. Thomas [Tom] Jarrell, he has been a District Court Judge in Guilford County, North Carolina for over 10 years now. You have no choice, there's no one to run against him. The county can't attract quality attorneys [and they don't want to]. Read about his reprimand. If you or I committed a crime of this magnitude in Guilford County, NC, we would be picking our toes in the newly built 'Sheriff Barnes Hilton', that beautiful county prison that dominates the Greensboro Skyline. On that note, our children are coming out of county schools less educated than on the way in and prisoners get a new modern facility... Pfff! [cocktail hour is 4pm] .  So conclude... it's not a safe place to raise a family or start a business? It's the only county [out of 100] in NC with TWO Court houses... convictions, not justice makes for good bu$ine$$. And where do you think the money is going? For sure, not the schools.

Do also note, When Ms. Suy [current Asst. DA in Guilford County - name may not be inccorrectly spelled, will confirm soon] ran against Jarrell [2, perhaps 3 elections ago...] she lost the election by a 10% swing. This must have threatened the 'control' process in the county as  Ms. Suy, a young, bright Asian woman with an Irish last name [at the time of the election], came too close to being a county judge...the 'old money' won't have it !!!!. [at the time election, Ms. Suy had an Irish last name.. may have been Reilly or O'Rielly] ... since, Ms. Suy has been awarded an Asst. DA job and does not aspire to be an judge anymore... see how it works? They CONTROL the LAW!!!!

Come back soon  for more about Guilford County, North Carolina, Tom Jarrell and the rest of our 'honest and upright' government officials. Do note that NOTHING good has ever happened in Guilford County... Greensboro 4, Greensboro Massacre, endless stories of corruption... why even favorite son, O Henry left Greensboro in disgust of racism.

It appears Guilford County, NC is North Carolina's 'Clearing House for Corruption', case in point... when John Edwards needed to ensure he would be cleared of criminal charges who did he turn to? His 'Good Ole Boy' network in Guilford County. And...why the HELL do they hire a Asst. DA that was FORCED TO RESIGN her prior county job? Because she's desperate for another job and grateful to have another... she will do what she's told! Regardless of the ethics involved... Wake Up and smell the corruption! It's your tax dollars... and it's not going to education, that is for sure!!! Sheriff Barnes himself has mentioned in the past his concern about the County's inability to attract quality attorneys to the area. It's is depriving innocent people of justice afforded them by the US Constitution... for the most part, incompetency [or neglect?] is hurting us all as it is the law that 'controls' all... especially money.

They're robbing us blind! Controlling the law and our tax money to serve the continuity of 'old money' wealth and depriving us of education, quality services and JUSTICE! The 'Plantation' mentality that protects the 'old money' in this town is stiffling growth & progress to a community that should otherwise be an All America place to live for American families.

Stay tuned whilst I 'rev up' with amazing tales of my pilgrimage through injustice, corruption, discrimination and flat out incompetency. My eyes have SEEN the glory!